Abstract: Since the outbreak of COVID-19, as of August 25, 2020, according to public statistics, more than 23 million people have been diagnosed and more than 810,000 people have died. Although the spread of the epidemic has slowed down at the present stage, we must not let up for a moment in preventing and controlling the epidemic. From the perspective of lighting products, because authority approved that coronavirus could be killed by UVC light, UVC lamp can effectively prevent and control virus. Today we are going to share some knowledge about UVC lamps for you.

What is a germicidal UVC lamp?

The germicidal UVC lamp uses the ultraviolet ray which the mercury lamp or UVC LED emits to realize the sterilization function. UVA, UVB, and UVC are all called ultraviolet rays, but only UVC beads with 200-280nanometers wavelength are most valid for germicidal purposes. UVC lamp is special compared with other normal LED lamps, it works by sterilizing the area it irradiates. Normally according to different dimensional size, UVC lamps should work for at least 1 hour each time. Generally speaking, the average life standard of UVC lamp is not under 5000 hours.

What do we need to pay attention when using germicidal lamp?

UVC lamp can kill germs and virus effectively in a short time with high intensity light, so during use, human, animals and plants must not be directly exposed to ultraviolet light. What need to pay attention additionally is opening door or window to ventilate after the UVC sterilization, because ultraviolet lamp can produce trace ozone when working.

The replacement frequency of UVC lamp is higher than normal LED lamp. Because UVC lamp’s lumen depreciation is more serious than normal lamp, in order to ensure the effect of UVC lamp’s sterilization, it is generally recommended that 1 year to replace the UVC lamp.

If the old UVC tube has just been used, it needs to be replaced after it cools down. In addition, for non-portable UVC lamps, we recommend that the installed height isn’t less than 2.5 meters. how many types of germicidal lamps are in the market now?

（1） Tube type (mercury) germicidal lamp has high power, durable penetrating power, but it also has a high safety risk. It is suitable for space sterilization(like below our self-developed UVC germicidal panel light). When the mercury lamp is working, people have to leave the area. The essential sterilization time is about 30 minutes, apply to a large area like the hospital. 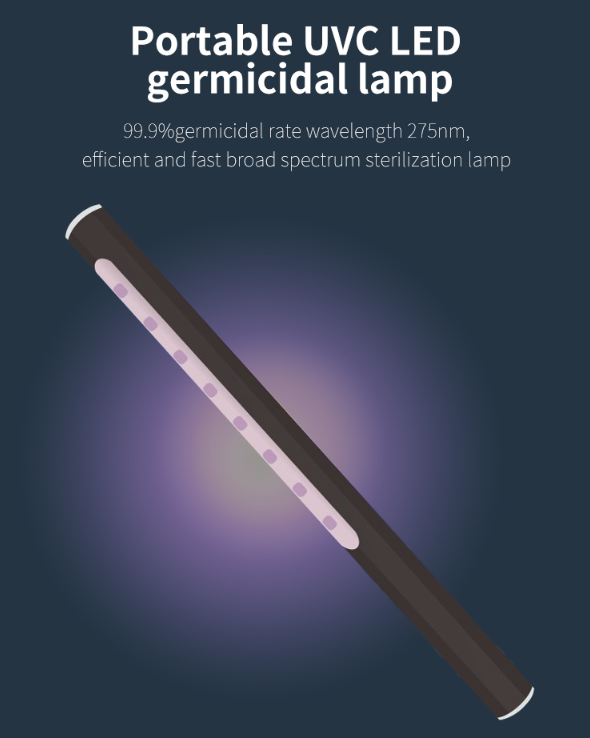 How to use a UVC germicidal panel light?

Our self-developed UVC germicidal panel light not only can meet the the sterilization work, but also afford the LED illumination. The UVC tue is using quartz material with 254nm and can kill 99.9% virus. It has two installation: recessed and surface mounted. As for surface mounted, use our unique surface fixture, it’s easy and convenient. 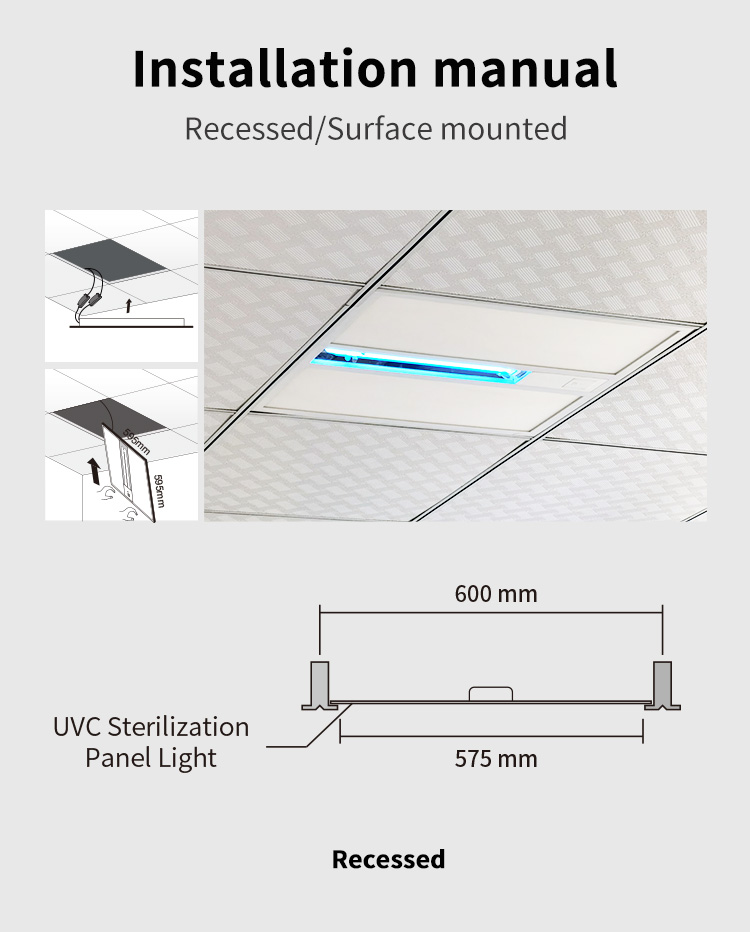 There are four models:

They are all with radar sensor, when people come or other objects move, the sterilizing mode will be closed automatically. 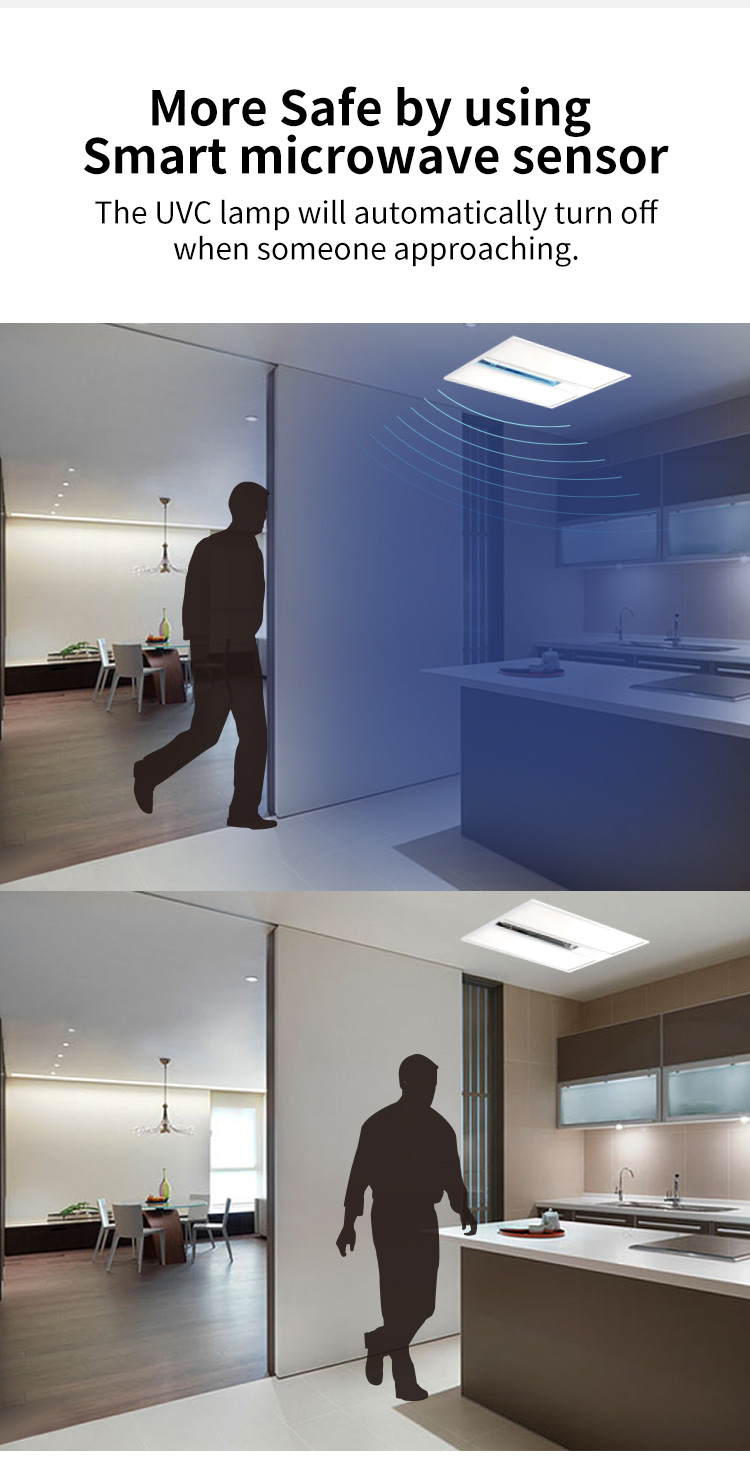 Moreover it can change CCT and dimming by remote control. It has been widely used in schools, restaurants, hotels, supermarkets, hospitals and other public places, and is popular in Spain, Poland market now. 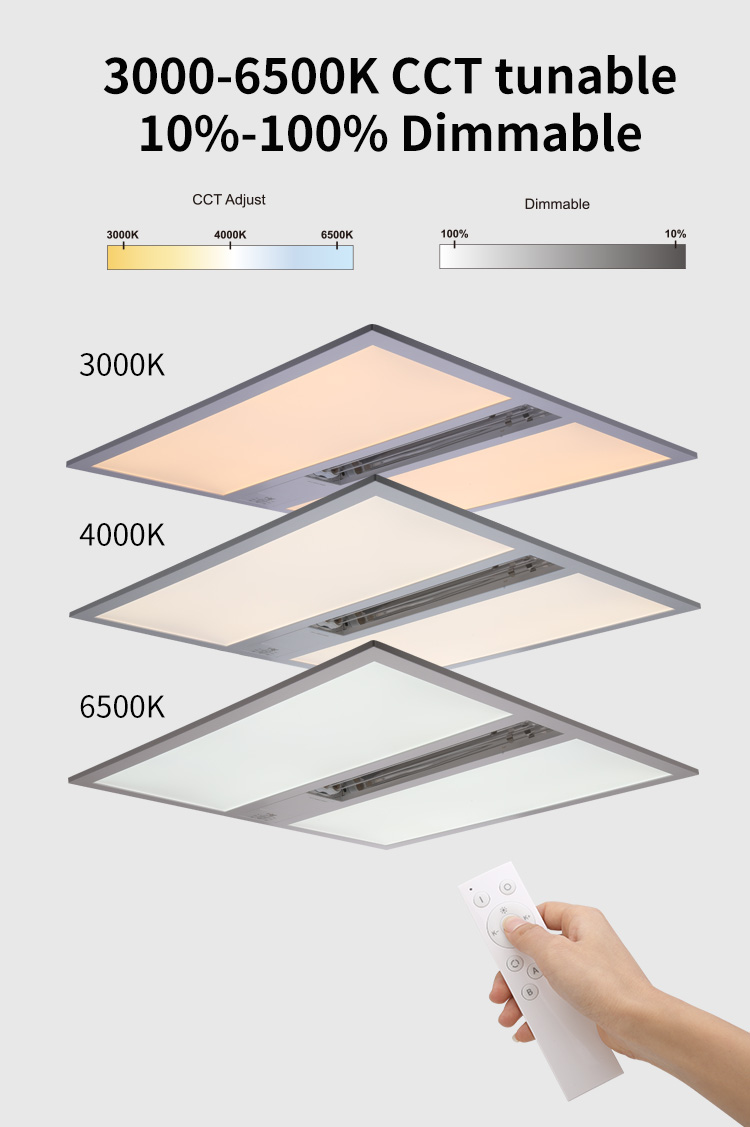 Friendly reminder: UVC lamp has a great benefit for our pursuit of healthy life and prevent bacteria and virus infection. Especially now is still in the "post-epidemic era", authoritative experts have repeatedly stressed that our anti-epidemic prevention will be in a normal state, prevention is greater than nothing!

Effect and risk of UVC lamp in post-epidemic era

UVC lamp is not a public product before, mainly used in hospitals. On January 28, 2020, the National Health Commission and the State Administration of Traditional Chinese Medicine announced the novel Coronavirus Pneumonia Diagnosis and Treatment Plan (Trial Version iv) to clarify that coronavirus is sensitive to UVC light. Then UVC lamps have entered the public's vision once again. Medical equipment manufacturers and lighting factories have also accelerated the production and market launch of UVC lamps.

What is the principle of UVC lamp?

The principle of UVC sterilization is: Using UVC rays to irradiate bacteria, viruses, and other microorganisms can destroy the molecular structure of DNA or RNA in the cells of organisms and can break DNA strand, nucleic acids and proteins, causing bacteria death and regenerative cell death.

What is the effect and risk of UVC lamp?

UVC germicidal lamp has durable penetrating power, so that it can kill virus and bacterial effectively. And it has the best effect among all sterilization technologies. The germicidal rate can reach 99.999%. It is suitable for large space sterilization, like hospital, hotel, supermarket and classroom.

But it also has a safety risk. Human and animals must not be directly exposed to ultraviolet light during using. It can be harmful to eyes and skin with irradiated at a close distance for long time. So it’s better to install a radar sensor to insure the lamp will turn off automatically when people come. What need to pay attention additionally is opening door or window to ventilate after the UVC sterilization, because ultraviolet lamp can produce trace ozone when working.

What should we do the epidemic prevention in post-epidemic era ?

Except wearing a mask in densely populated area and wash your hands frequently, disinfection in public places is also essential. So the UVC germicidal lamps can play an important role in this special period. It’s more convenient than spraying disinfectant and more effectively.

We believe that with the concerted efforts of the government and people, we will be able to overcome the epidemic and return to a healthier, safer life.